It is difficult to imagine the music of The Beatles without a guitar. Yet that is what Liverpool born singer and Brisbane resident Craig Martin has done. In a stroke of initiative Craig contacted Sony/ATV who now own 99% The Beatles songs and sought permission to have the Fab Four’s songs arranged swing style – but without a guitar in sight! The concept of no guitar in the swing arrangements really impressed the management of Sony/ATV as very few artists, if any, have ever covered Beatles songs without a guitar. It helped, also, that Craig Martin had grown up in Liverpool and as a teenager had played lots of venues where The Beatles had performed – The Cavern, The Jacaranda, The Lathom Club and had performed with other Merseyside greats over the years – Gerry Marsden, The Searchers and Billy Kinsley from The Merseybeats.

Having been given permission from Sony/ATV to rearrange 25 of The Beatles songs Craig used several talented arrangers around Brisbane and even legendary Aussie arranger Ed Wilson of Daly-Wilson Big Band fame to put their individual stamp on songs like Can’t Buy Me Love, Ob La Di-Ob La Da, Twist and Shout, Get Back, Octopus’s Garden and Hey Jude….

Sony/ATV told Craig that he is the only artiste in the world with permission to perform this many swingin’ Beatles songs in a show! 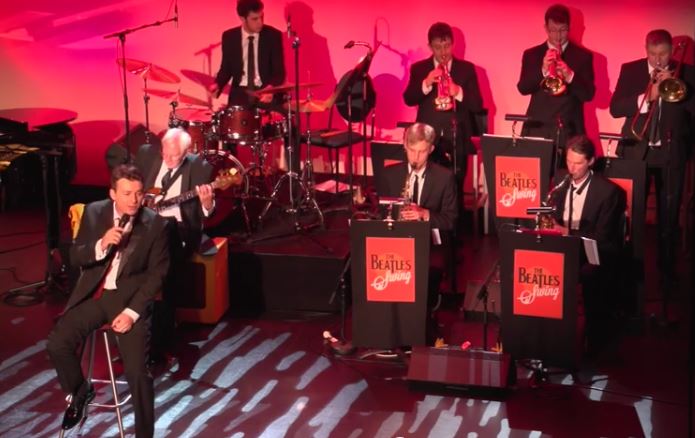 For all enquiries and bookings for ‘The Beatles Swing’ please contact Craig Martin Music on: